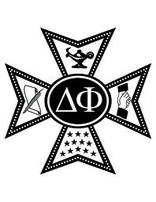 Over one hundred and seventy-five years ago, on a crisp November evening, nine young men, all upperclassmen at Union College in Schenectady, New York, huddled closely against the evening chill underneath the old covered bridge that spanned the rambling Mohawk River. In hushed and secretive tones, the men spoke of trailblazing a new organization at the college, something no one had ever attempted before. The group they envisioned would last not only for their college years but also beyond them – it would create ties that would bind them for life, and countless others over the course of history. The results of this meeting were soon apparent. On the night November 17, 1827 they founded The Delta Phi Fraternity, America’s first fraternity.

In 1845, Delta Phi became the first fraternity at Rutgers University when the Epsilon Chapter was founded. All Delta Phi brothers follow the principals of friendship, morality, and literature, and the Epsilon Chapter has and will continue to hold pride in the brotherhood exemplifying these principals. 187 years of friendship, morality, and literature speak for themselves. Become a Delt, follow the Columbia blue and white. Be Semper Ubique, Always Everywhere.
Powered by